Tips to Stay Safe When Bicycling in Busy Urban Areas 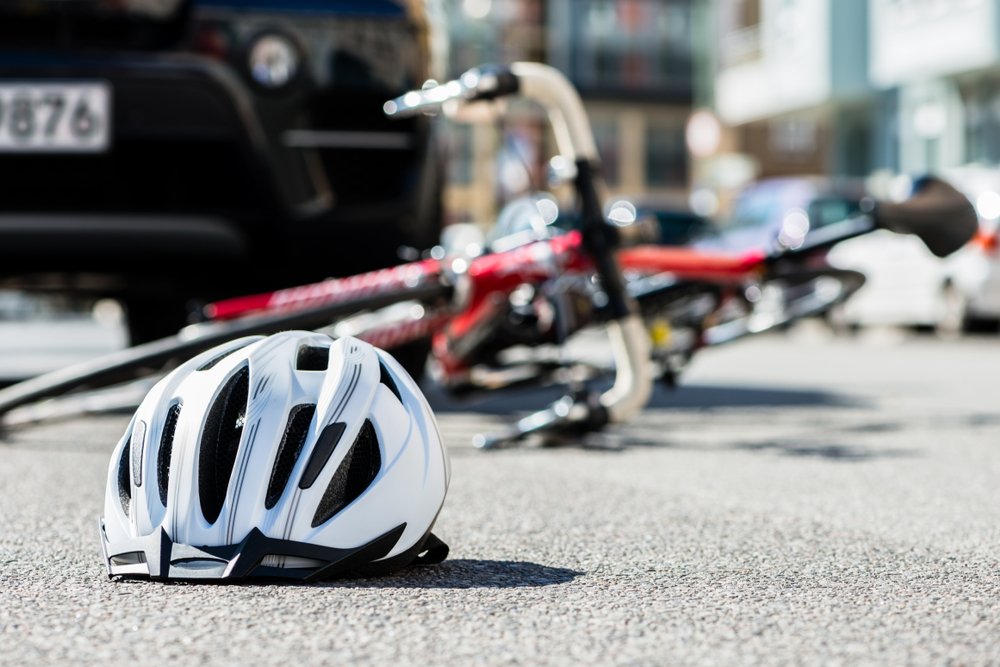 When we think of traffic safety, we often think of car crashes or pedestrian accidents. But what about bicyclists? To many people, cyclists lie somewhere in between pedestrians and cars. Some say a bicycle is just like a car when it comes to the rules of the road, and safety precautions, and others say a cyclist is like a pedestrian.

The truth is somewhere in between. Unfortunately, there is not as much attention paid to bicyclist safety, as there is to pedestrian safety, which has led to an increase in the number of bicycle fatalities. Whether you are a cyclist or someone who drives on roads where cyclists are, there are some basic facts you should know about bicycle safety.

If you were injured on your bike in Illinois, the Rolling Meadows bicycle accident attorneys at Claim Your Justice

Bicyclist Fatalities are Up

Traffic fatalities involving bicyclists have increased dramatically-according to the National Safety Council, deaths have risen by 44% in the previous 10 years (although the number of bicycle accidents that are not fatal has actually decreased). That means that there are fewer accidents-but the ones that are happening, are more serious, and deadly.

Despite 2020 being marred by shutdowns, and people staying home, bicycle deaths actually increased by 16% from the year previous. As you may imagine, the most deaths happen in the summer months, between May and September.

In 2020, about 1,200 people died on a bicycle, with most of those deaths being as a result of a collision with a motor vehicle. According to the study, males were much more likely to be victims of cycling deaths than women were. Age plays a factor as well; the death rate amongst younger riders has actually decreased, while the rate for older riders has gone up.

Although we tend to think of intersections as being dangerous-and they can be-most bicyclists killed in 2020, according to the Department of Transportation, were actually riding in areas that did not have an intersection of traffic.

Many bicyclists think that they do not have to follow the same rules of the road that cars do. Others may think that some rules apply while others don’t. This confusion is understandable; there is relatively little information to educate cyclists on safety, and what their obligations are when on their bikes.

As a general rule, you should observe the same rules that cars do. For example, you should ride in the same direction that traffic flows, and if you are on the road—even in a bike lane—you should stop for traffic signals and stop signs. As a cyclist, if you are on the road, follow the traffic light-don’t follow the pedestrian “walk/don’t walk” signs, unless you are off your bike, walking it across a pedestrian walkway, of course.

Helmets, and Their Importance

Some tips for being safe on a bicycle are common sense (although often ignored). Here are some pointers on being as safe as possible when you are on a bicycle.

Wearing a helmet can increase safety dramatically, protecting your head, which will often be the first part of your body to hit the ground below in the event of a collision with a vehicle. Helmet wearing is the biggest indicator of survivability after an accident; some studies say that wearing a helmet reduces the risk of serious brain and head injuries by about 60%.

Statistics bear out the importance of helmets; nearly 60% of cycle riders who were killed were not wearing helmets, according to the U.S. Department of Transportation.

Helmets should not just be used, but they should fit properly. There should be about two finger lengths between the end of the helmet and your eyebrows, and one finger should be able to get underneath the chinstrap. Look for helmets that have a Department of Transportation icon or symbol, which indicates that the helmet meets minimum government safety standards.

Don’t ever re-use a helmet if it has already been in an accident.

The state of Illinois has no uniform helmet law for bicyclists. However, some cities and municipalities do, and helmet laws can vary by locality. Some cities have mandatory helmet laws for riders under the ages of 16 or 17.

Other Important Safety Tips for Bicyclists

-Big Vehicles and Right Turns – One blind spot that we may not be aware of, is the one that is created when a large truck makes a right turn. Remember that when a large vehicle like a truck makes a right turn, the trailer on the back may not make that right turn very sharply; it tails behind, and can “cut off” the right of way to the right of the truck, even if the front part of the truck stays exactly on the roadway.

-Beware of Opening Doors – Cycling past or next to parked cars is usually safe. Unless you’re so close to those cars, that you can get hit by a door that swings outward. Be aware that people getting in and out of parked cars may not see you; try not to drive so close to stationary cars, that you can be hit by an opening door. Generally, 3-4 feet is a good amount of space, to make sure that you are clear of any car doors that may potentially open.

-Use Lights, Reflectors, and Sounds– Anything that brings you to traffic’s attention—especially at night—should be used. Your bike should have and use reflectors. Bright clothing should be worn, and lights should be affixed to bicycles if you are riding after dark.

-Learn Signaling – There are basic signal signs that you can use on a bike, the same way that a car uses signals. For example, sticking your hand out all the way to the left signals a left turn, and doing the same on the right, signals a right turn, as does putting your left hand in the air.

-Pay Attention – It should go without saying, to pay attention and stay off your cell phone or their electronics while riding. This means being able to hear what’s around you as well; headphones may be fine on a bicycle if you are riding somewhere deserted or solitary, but in a city setting you want to be able to hear cars or their horns around you.

-Watch for Pedestrians – Certainly, you are looking out for yourself, making sure you don’t get hit by cars. But you are also a vehicle, and you can do serious injury to a pedestrian as well, the same way that a car can do; you are expected to yield to pedestrians the same way that a car would. This also means avoiding sidewalks, which are only intended for pedestrians. Unfortunately, many pedestrians may be very careful about oncoming cars–but may not pay much attention to you, on your bicycle.

-Check and Adjust the Bike – If you are using your bike, it is probably a given that it is the right height for you. But in areas where people rent bikes, you may need to do some adjusting. Make sure the seat is not just the right height, but that it is clamped solid, to avoid it moving in the middle of your ride.

-Make eye contact and be visible – Just as you should as a pedestrian, try to make eye contact with drivers, especially in intersections, to make sure that they know you are there.

-Be Consistent – Don’t weave in and out of traffic lanes. Don’t cross traffic erratically. Stay in designated bike lanes, if they are on the roadway. Generally, you want to make yourself as predictable as possible, and act as much as a car would if you were in one.

-Don’t Ride Under the Influence – Many people may have the misconception that bicycling drunk is somehow better, or safer, than getting behind the wheel drunk. But this isn’t the case. The U.S. Department of Transportation found that 18% of cyclists killed in 2020, had elevated (more than .08 percent) blood alcohol levels.

Were you in an accident on a bicycle? You may need a Rolling Meadows bicycle accident attorney Call our Illinois bicycle accident lawyers at Claim Your Justice to schedule a free consultation at 1-847-434-3555 to help you if you have been injured while on a cycle.