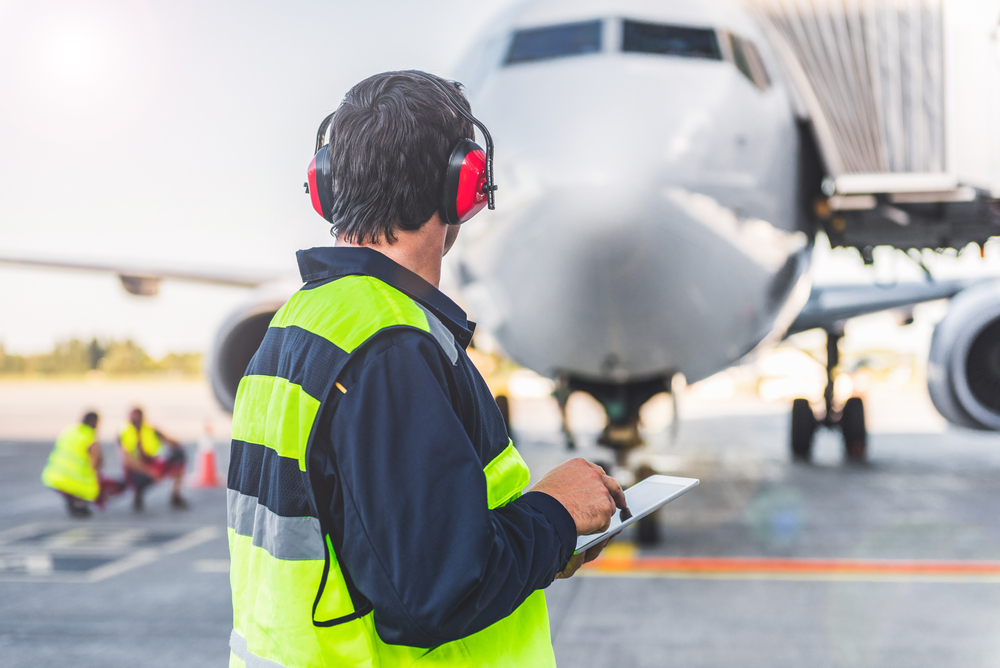 Hello and thank you for taking the time to watch our Claim Your Justice live Facebook session. The purpose of these live sessions is to give our viewers as well as the rest of the Facebook community valuable and useful information on a wide variety of personal injury topics. We want to help you Claim Your Justice. We welcome positive questions and comments. Visit ClaimyourJustice.com or call us at 1-888-88-Keith, that is 888-885-3484.

Today I’m going to discuss the injury claims that airline workers may be entitled to make for injuries suffered while on the job. The range of employees that can suffer an injury varies from baggage handlers, flight attendants, mechanics, ramp service personnel, and even administrative personnel.

There can also be a scenario where a member of the flight crew can make an injury claim.

You can have an injury that’s suffered during in-flight turbulence. For example, a flight attendant may lose their balance during a sudden turbulence event and suffer an injury. Frequently, airline workers suffer lifting injuries, you can have a mechanic that is lifting a heavy part into place to install or remove from an aircraft and they suffer an injury to their shoulder or wrist.

Let’s say you have a mechanic that uses a ratchet wrench frequently for 5 years, they may develop carpal tunnel on the wrist, they may need surgery to repair that issue, and possibly they may not be able to return to their job as a mechanic. There are many issues involved in the calculation of damages. We’ll talk about that in a minute.

You have issues of venue, where you have a flight attendant or a member of the cockpit crew who’s traveling all over the country and possibly all over the world. If they were working for an Illinois airline, and they suffer an injury outside the state of Illinois, they can make a claim in Illinois. On the other hand, if they’re working for a non-Illinois-based airline, and they suffer an injury while in Illinois, they are entitled to claim their injury in the Illinois Workers Compensation Commission.

This can certainly be tricky, especially in an international type of claim where an injury happens while the person is traveling in Tel Aviv. It may also be difficult to determine where a venue can be if the injured person is not working for an Illinois-based company.

What Is An Injured Worker Entitled To

That value calculation won’t be made until the doctor who’s treating the client releases them to what is called Maximum Medical Improvement. It’s also called MMI. Once that time is decided by the doctor, it becomes my job as the attorney to calculate the true value of that injury. Is it a small injury where the person has recovered 100%? Or do they have permanent limitations in the amount of weight that they can lift, extension of the limbs, etc?

Finally, you could have something called a third-party claim. Generally, if you’re injured on the job, the only entity you can sue is your employer. That’s the law. You can’t sue a fellow employee directly. You actually can sue a passenger, but it’s through a process called third-party claims.

The most likely example would be where a food service employee working for another company goes to deliver food for the flight and in the process of doing so loses control of the food cart, it hits the flight attendant’s ankle, and ruptures her Achilles. Now that flight attendant has two claims. The first claim against the employer for workers’ compensation. Then there is a negligence claim against the food service company. Generally speaking, negligence claims have much more value than a workers’ compensation claim.

When you hire Claim Your Justice for your workers’ compensation and personal injury cases, you’re creating a partnership. The more we recover for our firm, the more we make for our client. The fee is contingent, and that means there is no fee until we win your case. Remember, if you’re injured in any type of work-related accident, call Keith and Claim Your Justice. 1-888-88-Keith, that’s  888-885-3484. Have a nice week. Thank you.