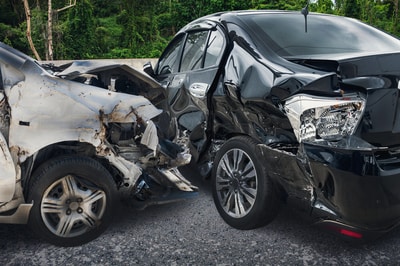 Not every injury means you can file a lawsuit, you have to have legal grounds to hold someone else accountable. What are those grounds?

You first need to have a duty of care owed by one person to the injured person to qualify as a personal injury in legal terms. The duty of care can be described very simply.  A person who is driving a car has a duty of care to operate that car safely. So, when the driver of a car strikes another car, and someone is injured, then the duty has been breached. Once Claim Your Justice™ establishes there was a duty of care, we then need to establish a breach of the duty of care.

Say the person who’s driving the car rear-ends the other person, of course, that person has breached the duty of being safe. Let’s say that person who breached the duty of care says  “Hey, I’m injured, and your car that I rear-ended shouldn’t have been there. ”Well, you can see that is a crazy theory of liability and it’s not going to be actionable because there was no duty of care for the car that was in front to not be there.

You need all three elements to establish a personal injury case. Sometimes you can have all three elements, but the actual personal injury onset is delayed.  A person may not know that they’re injured. This happens sometimes in medical malpractice cases. A doctor performs a medical procedure and the client/patient feels fine for a few days or weeks.  But then the client passes out and finds the procedure was not performed correctly.

What happens if a victim is partially at fault? Can they still pursue a personal injury claim? And if they can, how does that work?

If a person is partially at fault, but less than 50 percent, at fault, they could still pursue a claim, if they’re more than 50 percent at fault, they will lose their claim. That percentage is often negotiated between the attorneys at Claim Your Justice and the insurance company or the defense attorney. Other times, it is decided by a jury when they hear all the facts and they determine who was at fault for a particular accident and whether the person was more than or less than 50% at fault.

Most work injuries could be covered through workman’s compensation. However, can you talk a little bit about scenarios where the employer is responsible for the compensation of these injuries?

In Illinois, there’s a statute that says if an employee is injured while on the job, and the source of the injury is not based on any third party responsibility, the exclusive remedy is against the employer. That exclusive remedy is required under the Workers Compensation Act. You can have a situation where an employee who is driving for work is injured in a car accident, it’s a one-car accident where the employee hits a tree.  Even though the employee is responsible for the, they can still pursue a claim against the employer.

If on the other hand, the employee who is driving during work and hits a tree, and Claim Your Justice finds out that the car was recently repaired, and the mechanical shop failed to properly install the brakes or some other type of mechanical defect in the repairs, and that defect causes the car to veer off into a tree, the injured person will pursue a claim for injuries under the Workers’ Compensation Act against the employer.

What happens when employees are injured while taking a break, can they still receive compensation?

He wants to make a claim against the employer for his injuries, but that claim will be denied because the injury at his girlfriend’s house did not happen in the scope of employment. If the employee was in a break room and injured himself, he did not deviate from what his regular job duties are, so there he would still be covered under workers’ compensation.

Does what you just previously discussed, also apply to temp workers, or do their injuries fall under different criteria?

When it comes to factory work, employees are sometimes subjected to loud and prolonged noise. How is hearing loss compensated in these instances?

If you could make the connection between the type of employment, and the hearing loss, then you would be able to pursue a claim for workers comp. There’s a schedule provided in the Illinois Workers Compensation Act as to how those claims are compensated. It depends on the degree of hearing loss and whether there were any complaints of hearing loss as it was before.