Most Common Causes Of Train Accidents 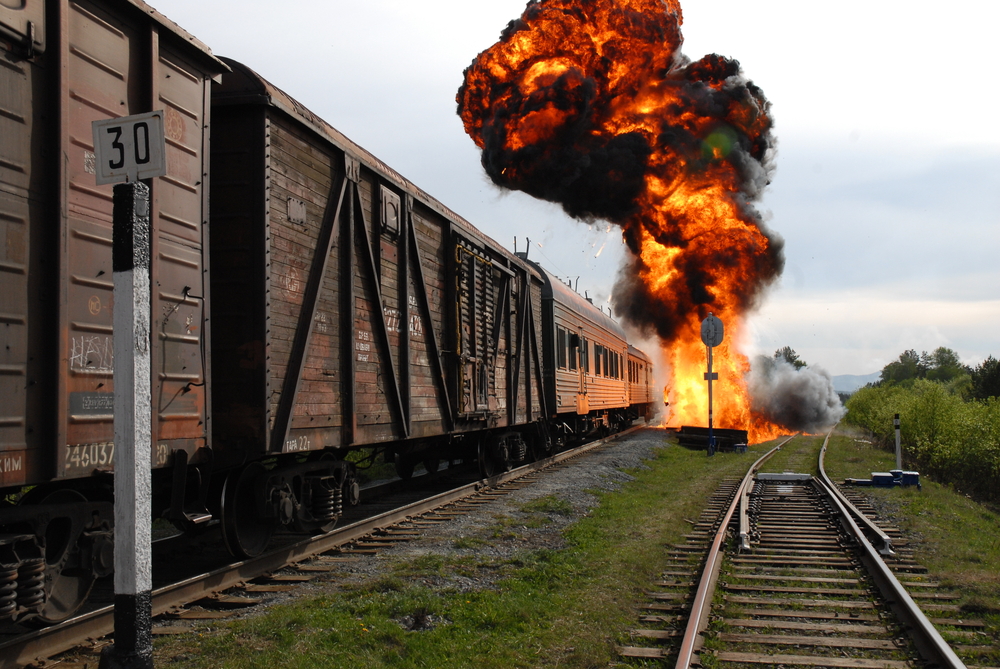 If you have been injured in an Illinois train accident or lost a loved one, you could be eligible for compensation in a personal injury lawsuit. The Arlington Heights train accident lawyers at Claim Your Justice are ready to assist you.

There are several reasons railway accidents happen in Illinois:

A common issue in many train accidents is the train’s length. The length and weight are critical to understanding the safety issues that could be in play in the incident. While moving people and goods are vital to American commerce, it also is essential that trains are not too long for safety reasons.

The US has no limits on how long a train can be. A train with 180 cars can be over two miles long! That means the train could take miles to come to a complete stop. Your personal injury attorney will review the train length that injured you. The attorney may argue that railroad negligence and cost-cutting caused your injuries.

How Long it Takes A Train To Stop

The average freight train is 1.5 miles long. If it moves at 55 MPH, it may take more than one mile to stop. Every train is different, and your train accident attorney must investigate the train’s length, weight, speed, and incline.

It is critical to remember that it usually takes more than a mile for a train to come to a total stop. So, at a train crossing, be aware of this fact and never attempt to beat a train across the tracks. The train will probably approach faster than you think, and if the train has to stop, it will take a long time.

The weight and size of a moving train mean an impact on a car or person is usually catastrophic. Also, the passengers and crew on the train could be hurt, but those injuries are generally less severe. Some severe train accident injuries are:

Many accident victims also suffer broken ribs, whiplash, broken bones, shoulder injuries, and burns. The injuries are often severe, so you should hire an experienced personal injury attorney to obtain the most compensation.

Why Human Error Is A Common Cause Of Train Accidents

As explained earlier, human error causes many train accidents. For example, engineers and conductors without training or experience can make fatal mistakes that injure or kill pedestrians, crew, passengers, and vehicle drivers.

Many human error accidents may also be due to engineers working too many hours without a break. For example, fatigue can cause an engineer or conductor to forget to throw a switch to put the train onto the right track.

Human error in train accidents also can be because of negligence, with the fault being the company or train employee. Many railway company rules can put workers at risk of making mistakes and cutting corners to save money.

In January 2020, Norfolk Southern eliminated many, meaning one person now had to do the job of others. Having enough staff can lead to overwork once people are exhausted and make mistakes.

How To Prevent A Train Accident

Freight trains weigh hundreds of thousands of pounds. If you are hit by one, your chances of death or severe injury are almost certain. While many train accidents are caused by the railway, you can often prevent being a train accident victim by doing the following:

Who Is Liable For A Train Crash?

The police and government must investigate the train crash to determine who was at fault. The Department of Transportation Act of 1966 states that the Federal Railroad Administration oversees railroad safety regulations.

Commuter train lines and railroad companies are obligated to maintain a high level of safety for all of us. Therefore, they also must install a black box on every locomotive to record information if there is an accident.

The railroad is obligated to operate safely, but they sometimes fail to meet its obligations. However, there can be many reasons a train accident happened, so you should hire an Arlington Heights train accident attorney to investigate.

If you were injured in a train accident, it isn’t easy to know what to do and where to turn. Train accident injuries can be severe and cost much money to treat. Plus, being unable to work and experiencing pain and suffering can cause stress.

Our Arlington Heights train accident lawyers can help you get the compensation you deserve for your injuries and losses. Our lawyers will fight for your rights if you have broken bones, internal injuries, or a concussion.