How Common Are Motorcycle Accidents in Chicago? 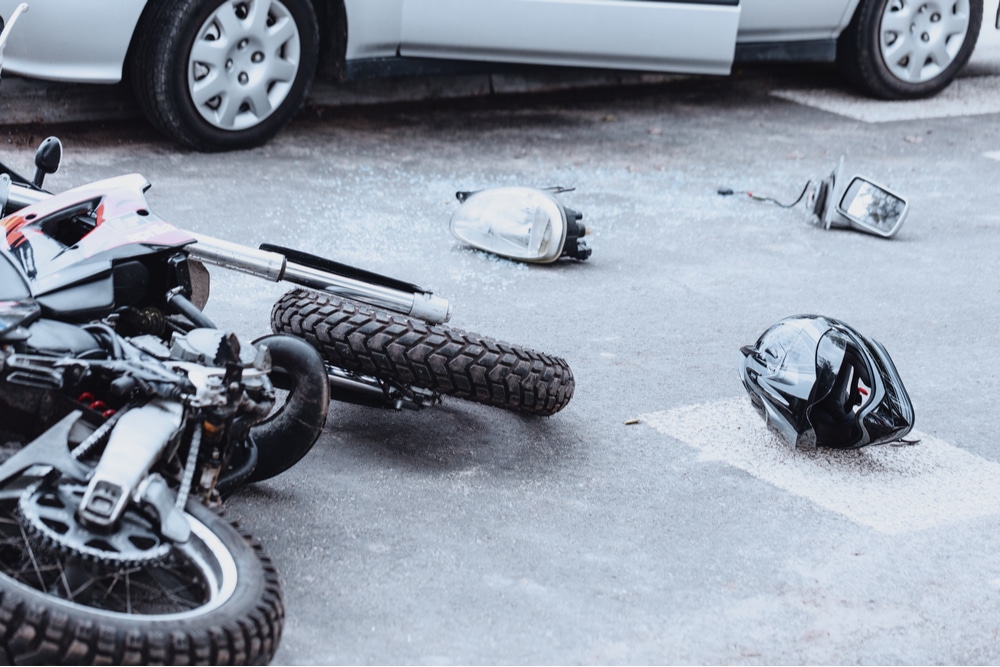 Motorcycles aren’t just for transportation. For many, they are a way of life, a culture, or a symbol of independence and freedom. This is especially true in Illinois, a state that has the sixth most registered motorcycle registrations in the country. In addition, the cost of gas is a fraction of driving a car.

But unlike many recreational or fun vehicles, motorcycles have to share the road, and the rules of the road, with cars and trucks. Because of that, motorcycle accidents in Chicago can be very common. When these incidents do happen, the injuries suffered can be even more devastating than car accidents.

The news about Chicago motorcycle accidents is often tragic and speaks to the very high degree of injury that people in motorcycle injuries suffer. Stories abound of riders killed in suburban areas, on Chicago’s highways, as well as injuries and deaths to passengers in motorcycles.

Despite more public awareness of motorcycle safety, nationally, motorcycle injury and death rates have generally remained consistent. In 2019, about 975 motorcyclists per 100,000 registered cycles were injured, and 58 per 100,000 were killed.

Where Do Motorcycle Accidents Happen and Who Gets in Accidents?

Larger motorcycles, which likely are used on busier highways, contributed to a much higher percentage of fatalities. Of all fatal accidents, motorcycles with over 150 cc motors were involved in 149 deaths. Those with under 150 ccs, contributed to only 7 deaths in 2018.

Motorcyclists may have a reputation for being daredevils who drive recklessly, but the statistics don’t bear this out at all. In fact, the majority of motorcycle crashes, 1,638, occurred when motorcyclists were simply driving straight.

Motorcycle accidents are caused by things that can include factors the driver can control, as well as those the driver cannot. For example, “loss of control” is cited by the state as a major factor contributing to motorcycle accidents. Loss of control could include a reckless or inexperienced driver, but could also involve poor weather conditions, or another negligent driver causing the motorcyclist to lose control,

Why Are Motorcycle Accidents So Dangerous?

The severity of motorcycle accidents, and the disproportionate number of deaths that occur in these accidents, are likely explained by obvious factors.

Motorcycles do not have the heavy sheath of metal protection that a traditional vehicle has. Weight disparity between a motorcycle and a car contributes to the severity of injuries sustained in motorcycle accidents. A minor accident, such as a “fender bender” between two cars, can be a major impact collision when it is between a car and a motorcycle.

A motorcycle driver is more likely to be thrown from a vehicle in an accident. This makes injuries such as lacerations, abrasions, amputations, burns, traumatic brain injury, or paralysis, much more common than they are for those occupants inside of cars or trucks.

Motorcycles tend to be less visible to other vehicles, and less stable than traditional cars. Reduced visibility means that maneuvers such as avoiding debris on the road, or trying to swerve from an oncoming negligent driver, can lead to a deadly accident. Compared to the same situation whereas there may be no injuries at all in the same situation if the accident was between two cars.

Sadly, many drivers do not wear protective equipment, such as helmets, when on a motorcycle. The National Highway Transportation Safety Authority predicted that almost 2,000 people were saved in motorcycle accidents because they wore their helmets in 2017. Between 37 and 41 people per 100 riders could be saved in otherwise fatal motorcycle accidents, had they been wearing a helmet.

Despite these figures, there is currently no law in Chicago or Illinois that requires that a motorcycle driver wears a helmet (only Illinois, New Hampshire, and Iowa have no mandatory helmet laws). Illinois used to have a helmet law, but it was declared unconstitutional by the Illinois Supreme Court.

Should you (smartly) opt to wear a helmet, remember that because Illinois has no helmet law, there are also no laws setting standards for motorcycle helmets. Make sure that whatever helmet you wear, is accredited by a safety board or organization.

The law requires that operators wear glasses or goggles on their eyes or be protected by a windshield. Goggles must protect both the front and the sides of the drivers’ eyes.

The same law applies to passengers or riders other than the driver. Passengers must have separate passenger seats that have footrests, and passengers must straddle the bike unless seated in a sidecar.

Additional laws are in line with common-sense safety measures, such as making it illegal to ride on one wheel, and mandating that the driver’s hands be on the motorcycle. Hand grips must be at, or below, the head of the driver. These are just Illinois requirements. Federal laws place other requirements, usually on standards for the making of cycles, or safety features on them.

If you are a new motorcycle rider, consider getting training courses, many of which are offered by the State of Illinois. Motorcycle training courses in Illinois teach riders how to operate both two and three-wheel cycles. The state even offers courses geared towards experienced, trained riders.

Motorcyclists also have to be aware of the inherent stigma against them, fair or not: That there is a reputation or feeling in the general public that Motorcyclists are reckless. This is a prejudice that many jurors hearing motorcycle injury cases bring with them into the courtroom. Our motorcycle injury lawyer can help you overcome that stereotype, and point out that you, like many other riders, operate your motorcycle safely when you are on the Chicago roadways.

Remember that whenever a negligent car driver tries to claim that you, as a motorcyclist, caused your own injuries by not wearing a helmet, or by being inexperienced, or by being reckless, a jury can apportion liability between you and the negligent driver. If a jury thinks that you, as the victim, were 51 percent or more responsible for your injuries, Illinois’ comparative negligence statute prevents you from recovering any damages at all.

That’s why it is so important to call our aggressive and experienced Chicago motorcycle accident lawyers.

Motorcycle accidents injuries can be serious, and catastrophic. To learn more about your rights if you are in an accident, call our Schaumburg, IL motorcycle accident attorneys at Claim Your Justice to schedule a free consultation at 1-888-88-KEITH.