Claims for Injuries Caused by Defective or Exploding Lithium-Ion Batteries 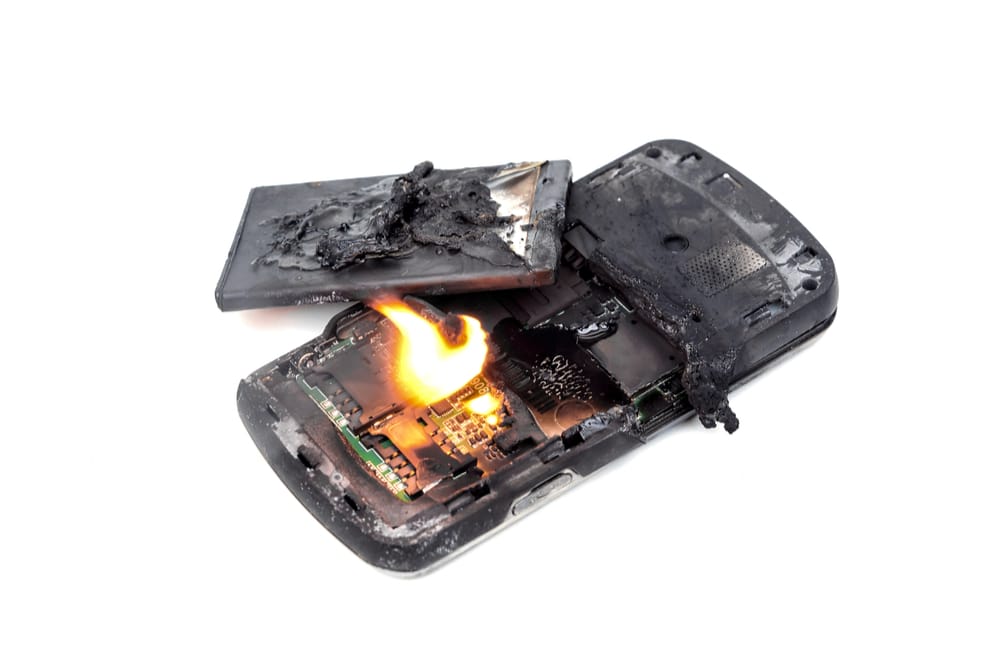 Before discussing lithium-ion batteries specifically, it is important to understand what is a product liability claim. When someone is injured because a product is defective — such as when a lithium-ion battery explodes — a personal injury attorney in Schaumburg can help you sue for the injuries that are caused by the defective products.

There are really two kinds of products liability claims, a manufacturing defect or design defect.

A manufacturing defect is where the product is absolutely safe normally, but one product comes off the assembly line or manufacturing process incorrectly, making it defective. The product that causes the injury is unlike every other one of that same product. As an example, think of an airbag that malfunctions. That airbag operates as it should in every other vehicle, but in only your vehicle, it was defective, causing you an injury.

A design defect means that every product is exactly the same, but even with no malfunctions, the product, as it is intended to work, is inherently dangerous. A good example would be medicines and drugs that cause injury. One specific medication can be all made the same. But the way it is made is defective, causing people harm.

Lithium-ion battery claims can be either design or manufacturing defects. In either case, the injuries caused to the victim can be catastrophic.

Why are Lithium-Ion Batteries Dangerous?

Lithium-ion batteries are made by a variety of manufacturers, but only some are reliable and safe. For example, although defects and explosions can happen, as a general rule, the batteries in your phones are normally safe. They are made by large manufacturers, with built-in safety mechanisms to prevent explosions. Many are regulated by existing laws to ensure safety.

But many other devices and the batteries inside of them, many imported from foreign countries that may have little or no safety standards or regulations, are sold without safety mechanisms, or protections that keep a lithium-ion battery from exploding.

A lithium-ion battery has positively and negatively charged particles. They are not supposed to interact, and most batteries have mechanisms to keep these two particles from contacting each other.

In cheaper lithium-ion batteries, the separator between positive and negative particles is too weak, or cannot withstand external pressures and temperatures. When the barrier separating negative and positive particles gives way, the battery can explode.

External causes, such as mishandling, can also weaken the internal components of the battery, allowing the positive and negative ions to interact and heat up. Dropping devices or using chargers that aren’t intended for the particular device, are also external factors that can lead to explosions.

But it doesn’t take blunt force to break the internal barrier inside the battery and cause an explosion. In some cases, a battery may have small metal particles inside of it, because of poor manufacturing.

Those metal particles can puncture or weaken the wall that separates positive and negative ions. In poorer, unregulated countries or slip-shod manufacturing facilities, where precautions to avoid intrusion of metal particles are not taken, the battery comes off the assembly line defective and at risk to explode from the date of manufacture.

Sometimes, contact with metal objects can cause explosions. Vape pens can result in this kind of accident. A user can place a vape pen or charger in their pocket, unaware that they also have a metal object in the same pocket. When the two make contact, with cheaper or poorly made batteries or chargers, the device explodes.

For many poorly made batteries, overcharging can cause explosions. The problem is that overcharging is almost never a concern in most devices that we use. So, even if a product includes a warning to avoid overcharging, the warnings are usually unheeded by consumers.

Unfortunately, there are no uniform guidelines for lithium batteries, nor are there federal regulations that govern their safety, the materials used, or how they are handled. Some states may have regulations, which a personal injury attorney in Schaumburg can help evaluate for you.

This means it is up to manufacturers to ensure safety. Some manufactures do vigorously test batteries, using drop tests, or by installing emergency heat ventilation, but others do not. Added to this is that there is no requirement for a lithium-ion battery manufacturer to take these precautions.

Explosions Happen and Can Be Very Dangerous

There are numerous stories of lithium-ion batteries exploding with catastrophic results. One such report involved a man who purchased a substandard battery on Amazon. The man heard an explosion when his laptop battery exploded. Acid was leaking everywhere, and the man suffered chemical burns on his body.

Because the batteries often came from overseas, and from a number of different manufacturers, there was no way to determine which ones were safe, and which ones should be avoided.

Even common cell phone batteries can be dangerous. Many explode when they are charging while in very hot temperatures, such as in parked vehicles. But charging itself, for any amount of time in normal temperatures, will rarely result in explosions with modern phone batteries. Unlike many devices, cell phones have built-in limiters that will prevent explosions because of overcharging.

However, that doesn’t mean the lithium-ion batteries in our phones are always safe, no matter what. Lithium-ion batteries have overheated and exploded when underneath pillows. The lack of ventilation can overheat a charging battery, which in some cases, can kill a user.

Making lithium battery explosions so dangerous, aside from the inherent danger of an explosion, is the close proximity these devices have with our bodies. They often are in pockets, or on or around our faces, or our hands. A lithium-ion battery attorney in Schaumburg can help explain the types of injuries that these batteries can cause when they malfunction.

Explosions in vaping pens (sometimes called e-cigarettes) are a good example. These devices and their lithium-ion batteries are often in pockets, leading to explosions that can injure thighs or genital areas. In our mouths, the devices are right by our faces.

Vaping pens are also especially dangerous because when they heat up, the long cylindrical shape of the pens means that most of the force of the explosion is blown out of the ends of the pen—straight into the victim’s mouth and face.

Additionally, unlike some devices that may have padding, or at least, some space between the inside of the battery and the outside, a vaping pen is tightly packed. This means that when the battery heats up and explodes, the entire device heats up quickly, and explodes. Vape pens have been called “flaming rockets” when they explode.

The FDA has suggested that vape pen manufacturers rework batteries so that they are not as likely to explode. But there are no actual regulations regarding vape pens or the batteries within them.

The FDA recommends that consumers only use vaping pens or other electronics with lithium-ion batteries in them that have safety features that protect against overheating. It is also recommended to keep loose batteries in cases, so they don’t contact metal objects. The FDA also says that you should only use the pen or batteries’ own charger, not third-party chargers.

Suing After a Defective Battery Explosion

If a lithium battery explodes causing injuries, the injury lawyers at Claim Your Justice can help evaluate your case, and help you sue the manufacturer for the injuries that you sustain.

One very important thing to remember is to keep the remnants of the device that exploded and to take pictures of the area where the battery exploded. An expert witness who your attorney uses will analyze the remains of the device (as well as photos or videos of the product, and the area where the explosion happened), to come to conclusions about how the lithium-ion battery malfunctioned. Your Claim Your Justice lawyer will then use that information to present your case to the responsible parties.

When a battery explodes, a number of entities can be responsible. Under product liability laws, everybody, from the original manufacturer, all the way to the end retailer who sold you the product, can be held liable for your injuries.

To help you if you are injured by a defective lithium-ion battery, call our Schaumburg personal injury attorneys at Claim Your Justice to schedule a free consultation at 1-888-88-KEITH.